We at One T Mixcraft love craft beer, especially seasonal offerings.  That is why we have developed beer bread mixes that allow us to bake fresh bread using the beers we love.  It is our goal to create bread mix flavors that pair well with both seasonal specialties and year-round favorites and to make both sweet and savory breads to appeal to all tastes.

One T Mixcraft started in early 2016 when I (Mat with one T, get it?!) was making a loaf of beer bread to go along with dinner almost every night.  I eventually got smart and started making up several mixes at a time so I wouldn’t have to pull out all of the ingredients every day.  Over time, I tweaked and adjusted the recipe.  My goal was to have a mix that I could add any beer to, and the resulting bread would keep the characteristics of the beer I used.  I fine tuned and optimized, and ate a lot of bread, until I was happy with the mix that produced a moist, flavorful loaf of bread, no matter what style of beer I used.  The Classic Beer Bread Mix was born.  I tested the mix with the lightest of light beers, the hoppiest of IPAs and the darkest of stouts.  Each style of beer produced a loaf of bread unique to the beer.  Eventually, I was giving away mixes to my friends and family.

My mom suggested trying to make a beer bread that would be good for breakfast.  I immediately thought about a classic breakfast favorite.  After many (many, many, many) rounds of testing, the Cinnamon Raisin mix was developed.  It was at this point that I had the idea that beer breads can be made with beverages other than beer and I made a loaf of cinnamon raisin bread using a hard apple cider.  The pairing was perfect and the cinnamon raisin bread became a hit. 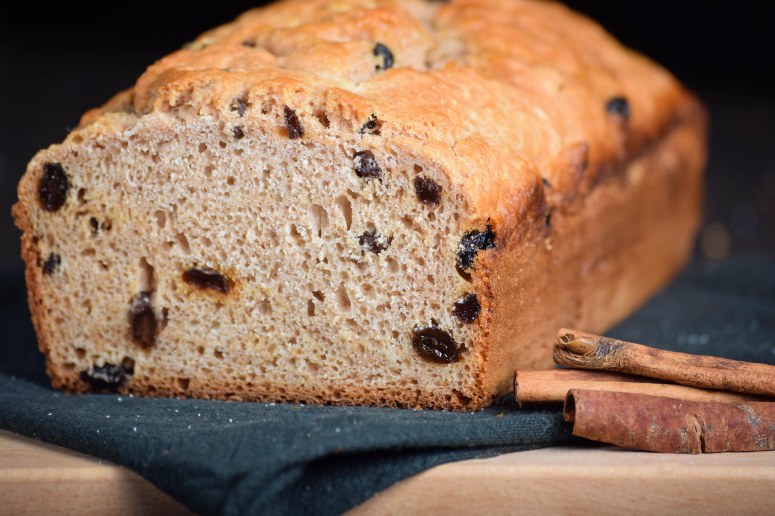 In Spring of 2016, I made the business official and One T Mixcraft was launched.  We immediately got to work developing a product line.  For inspiration, I went to the North Market.  The first thing I saw when I walked in the door was North Market Spices, and my head exploded with ideas.  Since then, we have developed over 10 bread mix flavors, using ingredients and ideas found right here in central Ohio.

We made our first official sale to Mat’s best friend, who quickly got hooked on the Lemon Poppy Seed Bread.

One T Mixcraft debuted as a vendor on July 4th, 2016 at the Plain City Farmers Market.  I made fast friends with other vendors at the market and learned a lot about business.  Since then, we have expanded into several retail locations, and our bread mixes are popping up across Columbus.

Bread for your Face(book)

Bread for your Face(book)

Bread for the Birds